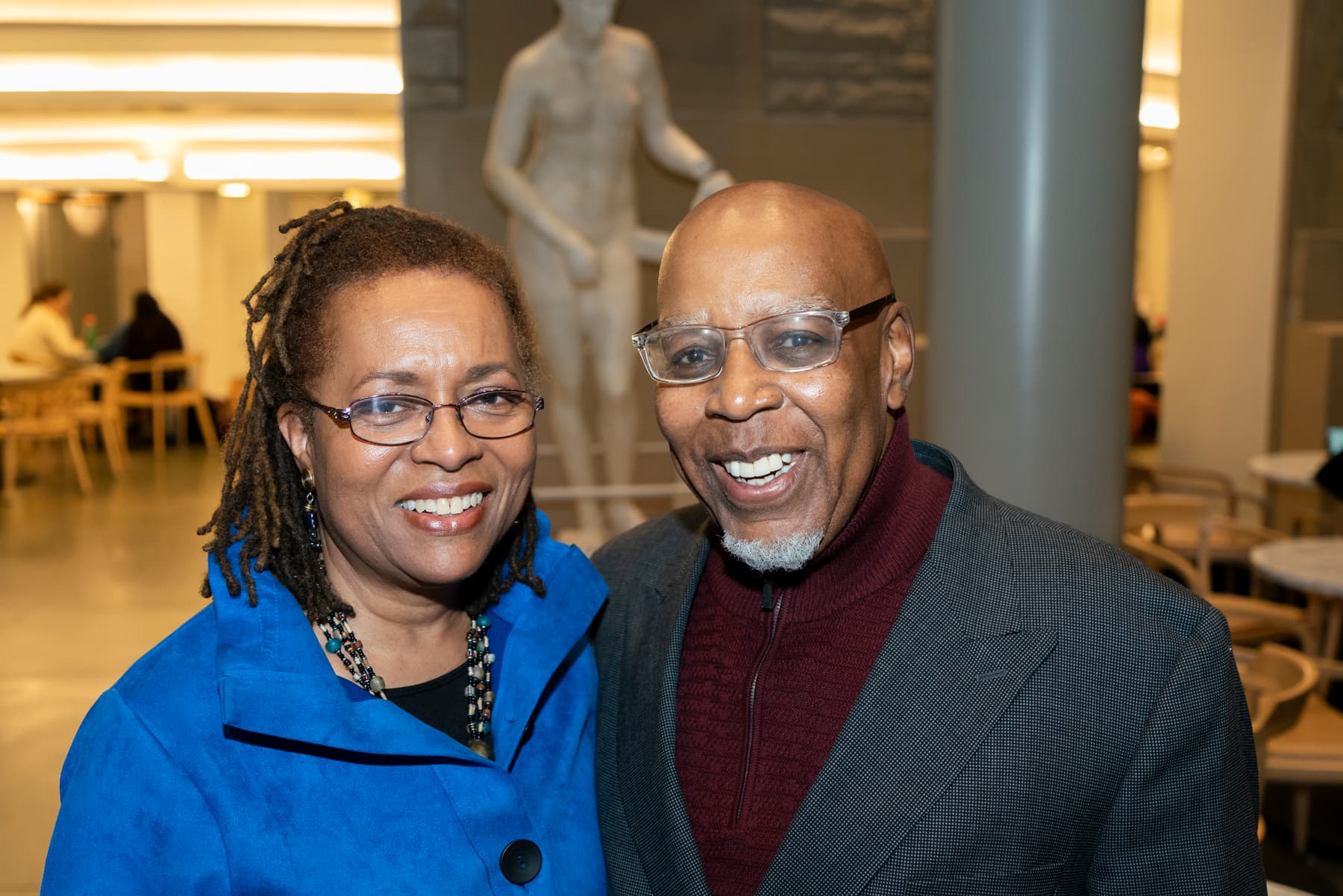 The Reuben A. and Cheryl Casselberry Munday Distinguished Lecture

Since 2014, when Reuben A. Munday ’69, MPS ’74, and Cheryl Casselberry Munday ’72 created an endowment to support a distinguished annual lectureship at Cornell’s Africana Studies and Research Center, it has brought a leading scholar of African and African-American studies or otherwise distinguished African-American to the Ithaca campus annually for an event that is open to the public.

The alumni who endowed the lectureship are dedicated to giving back to the community at Cornell. Reuben Munday is chairman of the law firm Lewis & Munday P.C. in Detroit, where he has practiced law since 1977. He is a life member of the Cornell University Council and a member of its administrative board. Cheryl Casselberry Munday is associate professor of psychology at the University of Detroit Mercy, director of the University of Detroit Mercy Psychology Clinic and maintains a private practice in Birmingham, Michigan. 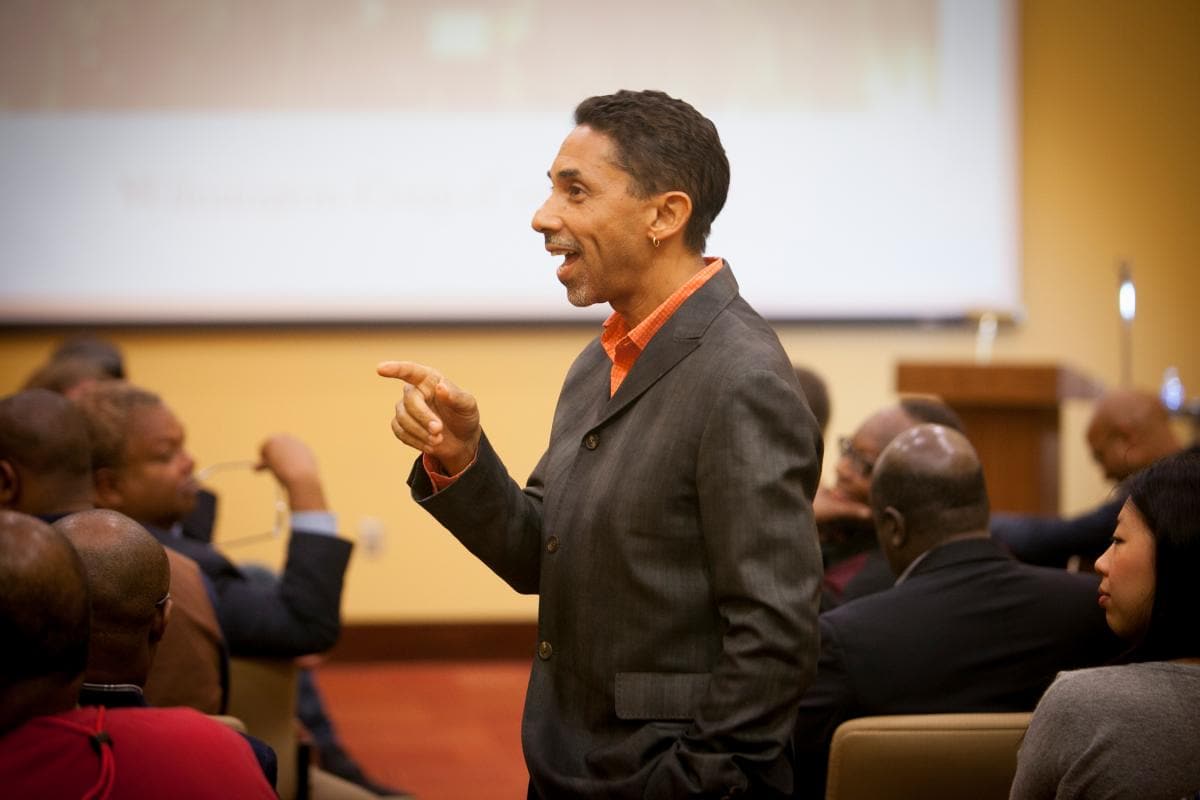 Alondra Nelson, professor of sociology and gender studies and Dean of Social Science at Columbia University, where she has served as director of the Institute for Research on Women, Gender, and Sexuality - "A Portal to the Past, A Beacon for the Future: DNA and the Politics of Racial Reconciliation"

Eugene Robinson, Pulitzer Prize-winning columnist for The Washington Post and a political analyst for MSNBC - "Election 2016: Who's Up, Who's Down, & What's Really Going On"

Khalil Gibran Muhammad is Professor of History, Race and Public Policy at Harvard Kennedy School and the Suzanne Young Murray Professor at the Radcliffe Institute for Advanced Studies. He is the former Director of the Schomburg Center for Research in Black Culture, a division of the New York Public Library and the world’s leading library and archive of global black history. Before leading the Schomburg Center, Khalil was an associate professor at Indiana University - "A Revitalized Black Public Sphere and the Future of American Democracy" 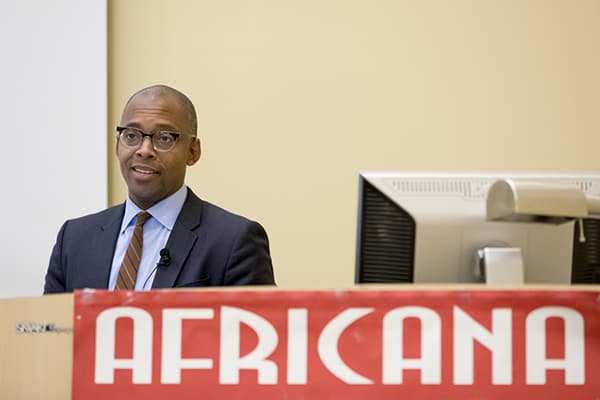 Imani Perry is the Hughes-Rogers Professor of African American Studies at Princeton University, where she is also affiliated with the Program in Law and Public Affairs, The University Center for Human Values and Jazz Studies. She is the author of May We Forever Stand: A History of the Black National Anthem, Prophets of the Hood: Politics and Poetics in Hip Hop, and the forthcoming: Looking for Lorraine: The Radical and Radiant Life of Lorraine Hansberry. Perry has published scholarly articles in the fields of legal history, cultural studies and literary studies.

Craig Steven Wilder studies American urban, intellectual, and cultural history. His most recent book is Ebony and Ivy: Race, Slavery, and the Troubled History of America's Universities (2013). A professor of history at the Massachusetts Institute for Technology and a recipient of the Columbia University Medal of Excellence, he serves as a senior fellow in the Bard Prison Initiative which provides higher education and opportunity to incarcerated men and women, and he has advised numerous public history projects, including historical documentaries and museum exhibits.

Historian will talk race, democracy, inequality and criminal justice Oct. 19
Become an Africana Studies Major
Apply to A&S
​ ​
Stay in touch
Sign up for Africana e-news
​ ​
Support the Program
Give to Africana Studies
​