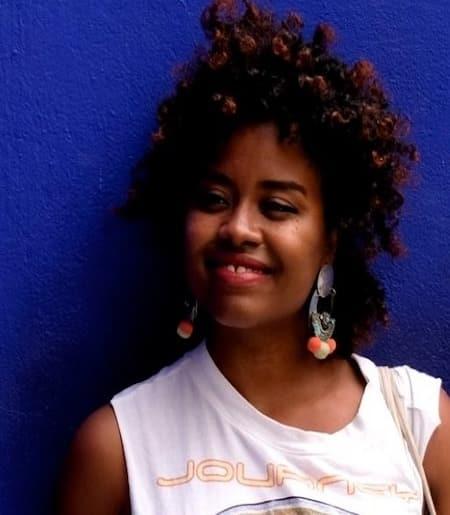 Afifa Ltifi is a Tunisian third year PhD student who works on the implications of trans-saharan slavery and colonialism on conceptualizations of race and blackness in North Africa, particularly in countries of the Maghreb. Through an interdisciplinary approach, her project examines the micro- histories of black North Africans, their representations in cultural production and the complex processes of their racial formation within the “African” milieu. In addition to her academic research, she is an occasional writer for various Arabophone and Anglophone media outlets such as Manshoor, Aljazeera English, Urban Africa, OpenDemocracy and 7iber. A 2017 Mellon Urbanism Fellowship recipient, Ltifi earned a B.A. in English and an M.A. in cross-cultural studies from the Higher Institute of Languages of Tunis (Bourguiba School).​

Afifa Ltifi is a Mellon Graduate Fellow at the Society for the Humanities and a Ph.D. candidate in Africana Studies and Research Center at Cornell University. Originally from Tunisia, her research interests are located in the overlap of (North) Africa’s critical history and culture, Afro-Arab relations, theories of time and modernity, comparative slavery, black critical theory, race and racial formation, among others. Her dissertation project excavates a conceptual genealogy of race and blackness in Tunisia, by examining late nineteenth and twentieth centuries’ epistemic modes of black subjectification and their engendered ontological workings in shaping ideas of the nation, the self and the African other, in the wake of the traumatic trans-Saharan slavery moments and global specters of race.

During her time at Cornell, Afifa’s research has been funded and supported by the Mellon Collaborative Studies in Architecture, Urbanism, and the Humanities; the Society for the Humanities; the Institute of Comparative Modernities (ICM); and the Laura Bassi Scholarship. Her essays, reviews, and book chapters have been published with Brill, Mo'asasat 'Arwqa lel-Derasat we al-Targama we al-Neshr, Project of the Middle East Political Science (POMEPS) and Lamma: a Journal of Libyan Studies. She is currently working on a peer-reviewed article “The Hegemony of the Middle Passage Epistemology: Arab Slave Narratives and the Impossibility to Witness” and another forthcoming essay in Where will We Go in the Winter? —an anthology reflecting on the ten years that have elapsed since the 2011 Arab Spring from the perspective of young Arabs of the diaspora, to be published with Random House. Besides her academic work, Afifa is the cofounder of the first-ever black rights ‘organization in Tunisia and a founding member of the collective of Black Tunisian Women Voices.

In the Wake of the “Middle Passage”: Maghrebean Blackness and the Afterlives of Trans-Saharan Slavery (1846-1970) probes the afterlives of the twin slaveholding regimes of trans-Saharan slavery and the trans-Atlantic and their ghastly power in orientating and elucidating epistemic and ontological “race-craft” in Tunisia. The dissertation project attends to the reaches and the limits of racial blackness, all while centering trans-Saharan slavery’s excessive (after)lives that continue to occasion material, psychic, and figurative anti-black antipathy that punctures black Tunisians’ spatialities and temporalities. Tracing conceptions of slavery, blackness, and lineage, as they historically entangled with the ideas of freedom, modernity, and race, the project illuminates distinct racialization moments within Ottoman, colonial, and postcolonial Tunisian histories, and the complex ways in which each episode continues to condition the contemporary social, geo-cultural and political predicament of (anti)blackness. Moving beyond the particular dearth of trans-Saharan slavery historiography, the putative scarcity of its archives, and the chronic resistance to engagements with a racial blackness that exceeds its wonted spacetimes of productions and dissemination, the project traces the spectrality of these two local/global events in archival histories, textual and performative artifacts, foregrounding a continental formation of blackness that remains yet undertheorized as a normative experience of African dispersal and racialization today.

"Black Tunisians and the Pitfalls of Bourguiba’s Homogenization Project" POMEPS.org