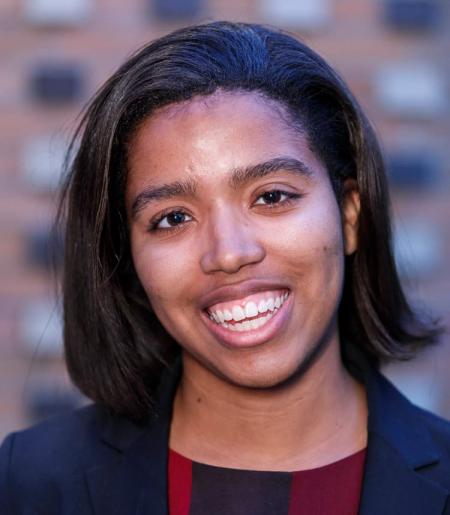 Kristen Wright is an Assistant Professor of Theatre Studies in the Department of Drama, Tisch School of the Arts at New York University. She previously earned a PhD and MA in Africana Studies from Cornell University, an MA in African-American Studies from Columbia University, and a BA in Theater Studies and Political Science from Yale University. Her work exists at the intersections of African-American drama (from the 19th century to the present), Black performance studies, and critical theory. She has published articles and reviews in Theatre Topics, Black Perspectives, the Gale Researcher's American Literature volume, Gotham: A Blog for Scholars of New York City History, and Texas Theatre Journal. Dr. Wright also has a piece forthcoming in The Routledge Anthology of Women's Theatre Theory and Dramatic Criticism.

Dr. Wright has been a Member-at-Large for the Performance Studies Focus Group of the Association for Theatre In Higher Education (ATHE) since 2017, and also served on the American Society For Theatre Research (ASTR) Graduate Student Caucus as the Representative to the Committee on New Paradigms in Graduate Education. She won the 2018 Information Literacy Prize from Cornell's Knight Institute for her teaching, and Dr. Wright's article "'The Killing of My Mother I Claim Myself': Adrienne Kennedy's Electra and Orestes, Aeschylus' Oresteia, and the Question of Justice," won the 2016 Marvin Carlson Award for Best Student Essay in Theatre and Performance from Cornell's Department of Performing and Media Arts. Dr. Wright is also a playwright and dramaturg, and her plays Apple Core, Miss Anne, The Shirt (Civility), Jamal From Empire, Jodeci For White Girls, and The Pop Cycle were produced as a part of Cornell's 10 Minute Play Festival and the Spring Writes! Literary Festival.