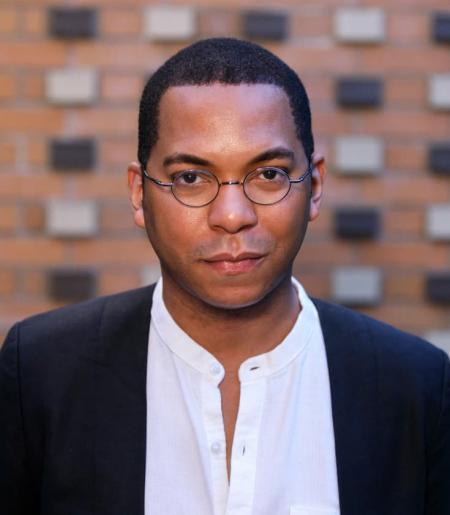 Marshall L. Smith has been drawn to francophone culture since his childhood, spent primarily in the New Orleans area. He studied French literature as an undergraduate and received an M.A. in Français Langue Etrangère with a designated emphasis in Francophone Studies from the University of Arizona-Tucson. He has also studied and taught as a lecteur d'anglais at the Institut d'Anglais, Charles V- Université Paris Diderot-Paris 7. He was the recipient of a fellowship to study French as a second language at the Université de Mons-Hainaut in Mons, Belgium offered by La Communauté Wallonie-Bruxelles and CODOFIL (Council for the Development of French in Louisiana).

Smith comes to the Africana Studies doctoral program at Cornell from the French Studies graduate program at Tulane under the tutelage of Dr. Jean-Godefroy Bidima, a Collège International de Philosophie à Paris fellow. His current research examines symbolic, political, and economic questions surrounding water in relation to diaspora formation with a geographical focus on the U.S. South and the Caribbean. This study is not a mere analysis of the symbolic economics of water, but an examination of the relationship that exists between water and blood.

His choice of research is linked to his South Louisiana ancestry, which has a strong historical French, Spanish, English, and African past.  His work equally seeks to determine the plurality of memorial spaces regarding the traite negrière. For him, water and blood are such spaces.