The talk will be in Hebrew with English translation provided by Itamar Haritan, a Cornell University graduate student in anthropology and Jewish Studies who has worked with Abergel for many years. In-person attendance is open to current Cornell employees and students. The public is invited to attend virtually via Zoom.

“Though the Black Panthers were one of the largest and most significant social and political justice movements in Israel’s history, few outside the country have heard about their struggle,” said Haritan. “Abergel’s is a unique and vital perspective from the heart of the ongoing human rights struggle of Jewish and Arab activists in the country, reflecting the perspective of Jews whose language and culture were vilified as the ‘language of the enemy.’”

In his lecture, Abergel will discuss the treatment of Jews from Arab and Muslim countries in Israel by referring to a new translation, published by Jewish Currents Press, of one of the most innovative and important documents produced by the Israeli Black Panthers, according to Jewish Studies Director Deborah Starr: “The Israeli Black Panthers’ Haggadah.”

Written by Abergel and other Black Panthers in 1971, the Black Panthers’ Haggadah uses the original Haggadah text, which recounts the Exodus story and the Israelites’ struggle to go from slavery to freedom, to express their views about the Israeli government’s racism towards and discrimination against Mizrahi Jews. Since 2015, Abergel has spearheaded an initiative to publish a new translation of the Haggadah, complete with original articles and footnotes placing the Black Panther movement in historical and political context. Itamar Haritan has worked closely with Abergel since 2017 to translate the Haggadah into English.

Abergel, a Moroccan-Jew, has been a social and human rights activist in Israel for over 50 years. Born in Rabat, Morocco, in 1943, Abergel and his family arrived in Israel in 1950. Like hundreds of thousands of other Mizrahi Jews who left Arab countries for Israel after 1948, his life, according to Haritan, was indelibly shaped by the Israeli government’s discriminatory policies against Mizrahi Jews. Because of his activism, Abergel had his citizenship revoked by the Israeli government from 1971-1997.

Ayla Cline is an events coordinator in the College of Arts and Sciences. 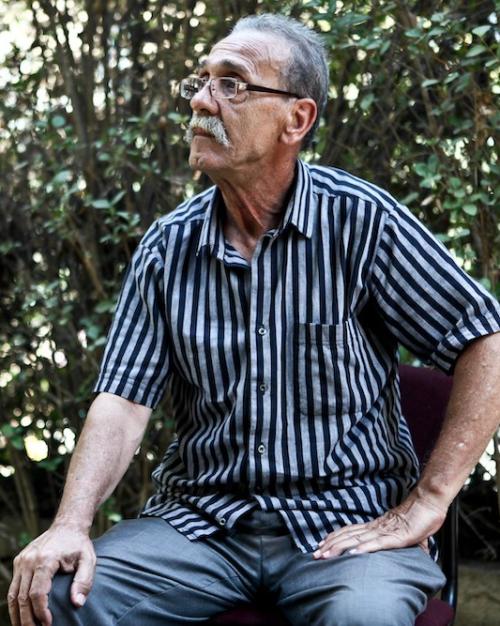