"When My Friends First Came to Visit"

By the time I was 10 I had both inhaled and inhabited a lot of books.  I knew well the escape of imagining myself as one of Nancy Drew’s friends who sleuthed. I understood the shape shifting required to spend an entire day imagining myself to be one, and then another of Louisa May Alcott’s Little Women. When Edgar Allen Poe’s House of Usher fell, I lived for days with a self-congratulatory satisfaction for disbelief well and willfully suspended.

However, it was not until I read Toni Morrison’s The Bluest Eye that I understood the difference between my inhabiting the world of a book, and a book inhabiting me.  When turning those particular pages, I didn't need to leave and join the characters to sit at their fictional kitchen table and drink milk out of a Shirley Temple glass. Shirley and I were already regular acquaintances. We met weekly on Sunday mornings to smile and tap dance our way through hardship before rushing together toward our triumphant ending. For the first time the characters in a book came forth from their world to join me in mine.  They kept me company. They occupied me. They were friends who whispered secrets and revealed everything I thought at 10-year-old girl needed to know about how she should see the world, and how the world saw her. I was illuminated.

I think that the relationship with the children in The Bluest Eye was so immediately important to me in part because I am an only child.  My parents divorced when I was five and I split years between the two of them.  They lived in different regions of the country and year after year I moved from the West Coast to the South and back again. I changed schools every single year. From first grade through the eighth, I was always the new girl.  I never started a school year knowing a single soul. Though I always made friends, I never once anticipated seeing any of them during the summer. I was always leaving in the summer to start my new year with my other parent. I spent a lot of time alone.  When I read The Bluest Eye, I understood for the first time that I didn’t need to read in order to escape loneliness. My time alone could transform.

The Bluest Eye was the first book to help me to understand the mundane and immediate nature of evil, the fragile yet precious nature of Black girl friendship, and the truth of the matter about love and its ability to both protect and destroy. There would of course be other works that deepened those truths and revealed others but that story and those friends were the first to introduce me to the power of literature. For me, that first love is still the truest.

About the Transformative Humanities Project

Faculty in the College of Arts & Sciences share a belief in, and speak often with our students, their parents, and the broader public about, the importance of the humanities for shaping deep and meaningful human lives. These short reflections by our faculty illustrate — in concrete and personal ways — how encounters with the stuff of the humanities have in fact been transformative in their own lives. In composing these reflections faculty were responding to the following assignment: Pick a single work in the humanities that has profoundly affected you — that inspires you, haunts you, changed the way you think about things, convinced you to pursue your life’s work, redirected your life’s work . . . in short, a work that has made your life in some way deeper or more meaningful. 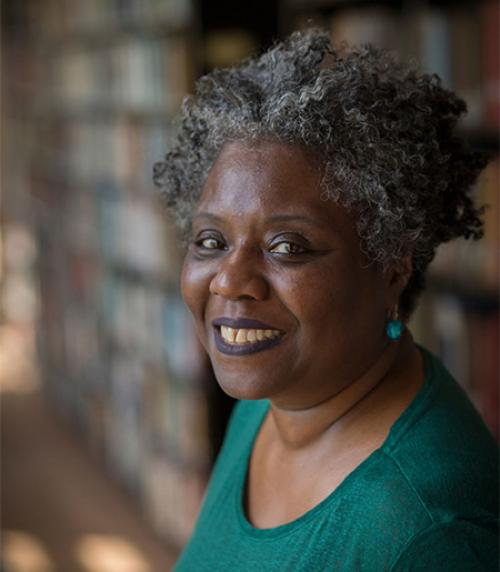