This April marks the 50th anniversary of the Willard Straight Hall occupation and the resulting founding of the Africana Studies and Research Center. A two-day symposium will commemorate the historic events on April 12 and 13.The Willard Straight takeover on April 19, 1969, was largely a response to the University’s ill-preparedness to address the needs of an increased population of matriculated black students.That morning, approximately 100 black students entered Willard Straight Hall and evacuated the people inside. After holding the building for 35 hours, the students emerged to meet with administrators, who eventually signed a seven-point agreement.The “takeover” brought about many changes, including the establishment of the ASRC, creation of Ujamaa Residential College and the resignation of the President and many faculty.The free symposium will bring together various voices to honor the legacy of Prof. Emeritus James Turner, African and African American Politics and Social Policy, and his role in the black student movement and the development of Africana studies at Cornell. Turner was also the founding director of ASRC.

Read the entire article in The Cornell Dailly Sun. 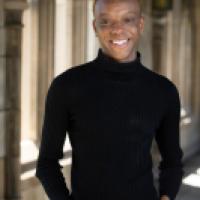