On September 24, the film “Am I: Too African to be American or Too American to be African” was shown at Cornell as part of a series of pop up screenings being held on the east coast.

The documentary, which explores the bi-cultural identity formations of young African women in America and West Africa, comes from filmmaker Nadia Sasso, a third year Ph.D. student in Africana Studies at Cornell.

“Am I” consists of interviews with eight different women who identify biculturally, including Issa Rae, the creator of “The Misadventures of Awkward Black Girl,” and Mariama Jalloh-Heyward, the founder of The Green White and & Blue Ball independence gala. Together, they discuss concepts of race, complexion, gender, heritage, and transnational identities.

Sasso, who was born in the United States to Sierra Leonean parents, traveled to West Africa, in addition to a number of U.S. states (New York, Pennsylvania, D.C.), to conduct these interviews.

She began the documentary while pursuing her M.A. in American Studies at Lehigh University, but initially became interested in the topic of race and heritage during her undergraduate years at Bucknell University.

“I was very sheltered… being from a largely Sierra Leone and West African community,” she said. “Bucknell was in the middle of nowhere… In this new space, I was figuring out who I was in terms of race, ethnicity, class and gender.”

At Lehigh, Sasso received a certification in documentary film, which allowed her to incorporate her studies into the development of “Am I” and to increase the accessibility of the project. “I wanted it to be something that the communities I come from could relate to,” she said, “not something that would get stuck in one realm.”

For Sasso, the most rewarding part of the project was knowing that the documentary had an impact on those who watched it.

“It was actually a selfish project,” she said, “because it was something I was struggling with…. It was rewarding to hear from people about how the documentary hit home and how it helped them realize that it’s okay to identify in different ways.”

In the future, Sasso would consider filming a documentary focusing on or including men, but for “Am I,” wanted to keep the focus on women and women of color. “Normally stories of women are told by men or white men” she said. “I think the message of me creating the film is strong enough…. There is something about expanding the single story and having that done by someone of that making or lineage.” 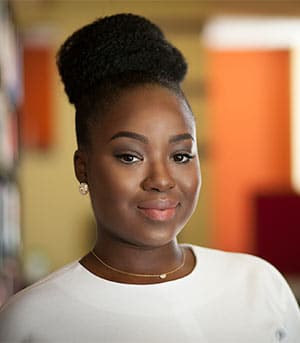